Our Voice - Our Research - Our Future

Leaders in Indigenous health and medical research from across Australia came together for the IRNet National Aboriginal and Torres Strait Islander Health Research Showcase. Held as an accessible hybrid event with lift access, Auslan interpreters and closed captioning, nearly 500 attendees watched insightful presentations, engaged in lively discussions, and enjoyed a range of networking opportunities under the theme Our Voice – Our Research – Our Future.

The showcase began with the launch of OCHRe, a culturally secure and inclusive network of Indigenous researchers seeking to improve the health and wellbeing of Indigenous peoples. According to one of its leaders, Professor Gail Garvey of the University of Queensland, this ground-breaking $10 million NHMRC-funded program is “a First Nations-led network which centres a governance framework that prioritises consensus, inclusion, and our values and ways of working”. Expressions of interest to join OCHRe are now open.

Other highlights included sessions on Indigenous data sovereignty, genomics, emerging diseases, vaccinations and trust, and the ongoing importance of advocacy and activism in Indigenous health. Alongside contemporary academics and clinicians such as Professor Alex Brown and Dr Lorraine Anderson, IRNet Showcase attendees also had the privilege of hearing from Elders Uncle John Delaney and Aunty Dulcie Flower OAM AM who were key founding members of the Aboriginal Medical Services (AMS) Redfern. The University of Sydney’s Deputy Vice-Chancellor of Indigenous Strategy and Services, Professor Lisa Jackson-Pulver, said “I doubt we would even be meeting today if they did not do what they did then”.

Proudly hosted and supported by the University of Sydney’s Office of the Deputy Vice-Chancellor (Indigenous Strategy and Services), Charles Perkins Centre, Sydney Health Partners, and OCHRe, the IRNet Showcase was an opportunity to celebrate and be part of the next chapter of Indigenous health research. In the words of University of Melbourne Professor and invited speaker Professor Sandra Eades AO, “There are a lot of people who have trained over the last ten-to-15 years and are now really leaders. And so I think probably the next ten-to-15 years will look a lot different – there’s critical mass, there’s the ability to come together at scale and have those conversations with each other”.

Livestream recordings of the IRNet Showcase can be viewed below.

As part of the IRNet Showcase, emerging researchers were also invited to participate in the inaugural IRNet Capability Building Day. This event supported the next generation of Indigenous researchers by providing pragmatic keynotes, honest and open panel discussions, abstract presentations with live and immediate feedback from experienced researchers, and a chance to connect with peers and expand professional networks. The Academic Director of the University of Sydney’s Charles Perkins Centre, Professor Stephen Simpson, said “people are really starting to grab the opportunity and that is so encouraging”. Highlights included a panel discussion on Journeys into Research chaired by Associate Professor Michelle Dickson, presentations on Navigating Collaborations and Leading Your Own Research by Professor Rhonda Marriott AM and Professor James Ward, and advice on Publishing Your Research by Professor Aunty Kerrie Doyle.

We are currently seeking feedback from IRNet Showcase and Capability Building Day attendees. If you attended, we would be grateful if you could please help us improve and optimise next year's event by filling out this feedback form. 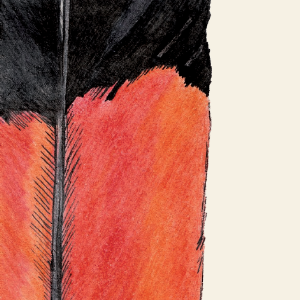 The Black Cockatoo feather symbolises connectedness, abundance and the rejuvenation of energy and spirit.

A familiar and well-loved bird, the Black Cockatoo is found across Australia often hailing the onset of rain.

Check out photos from the 2022 event: 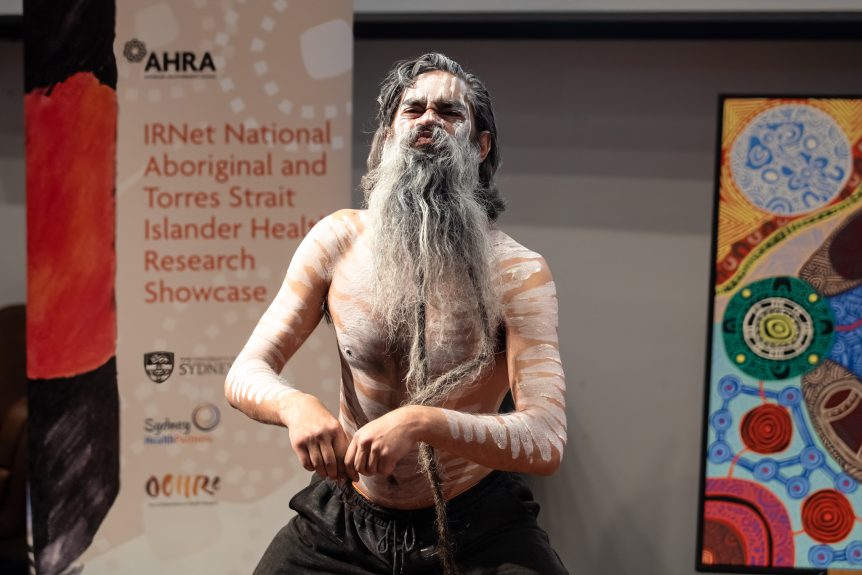 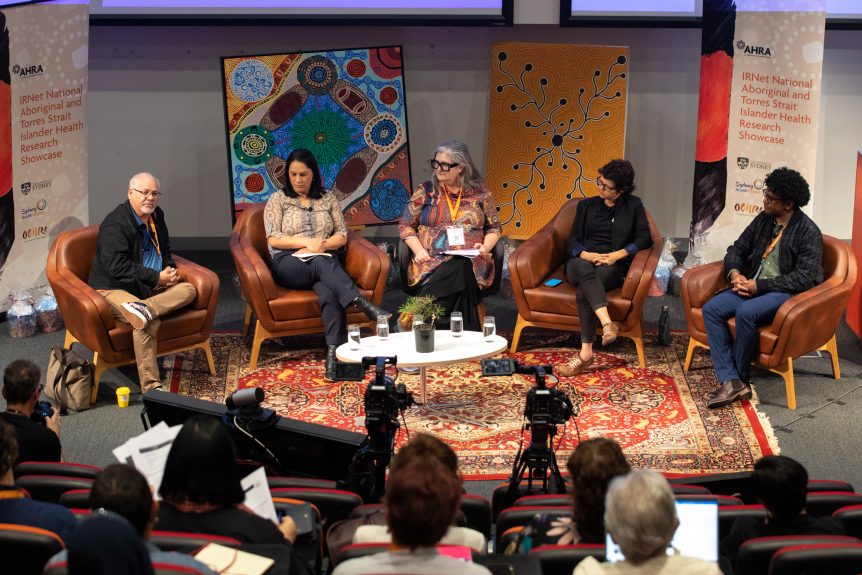 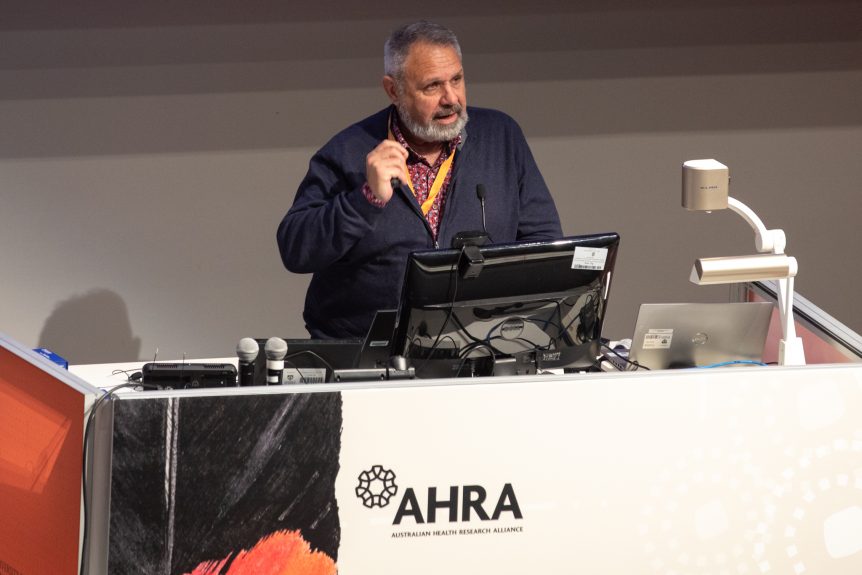 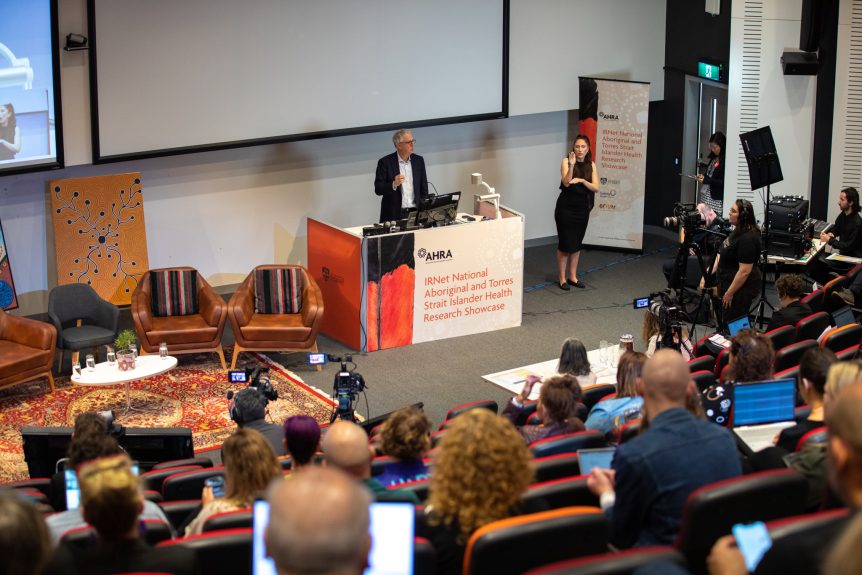 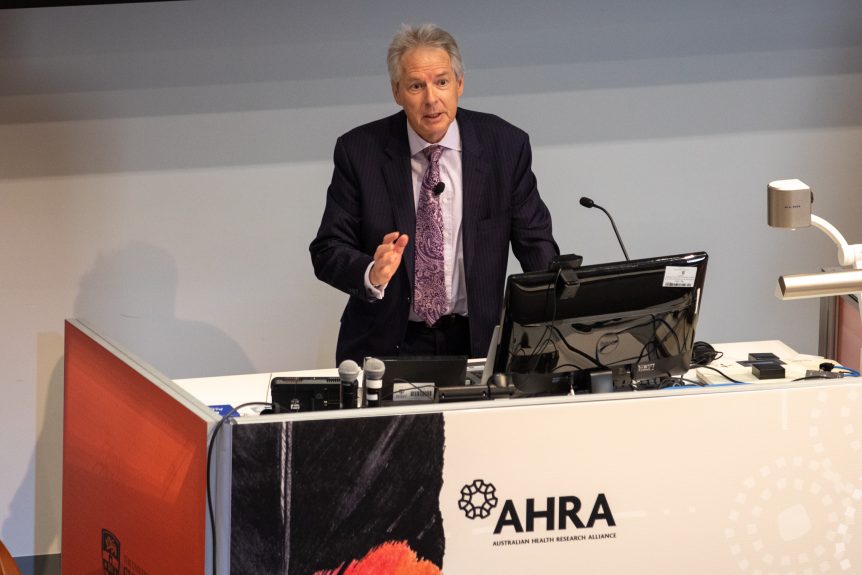 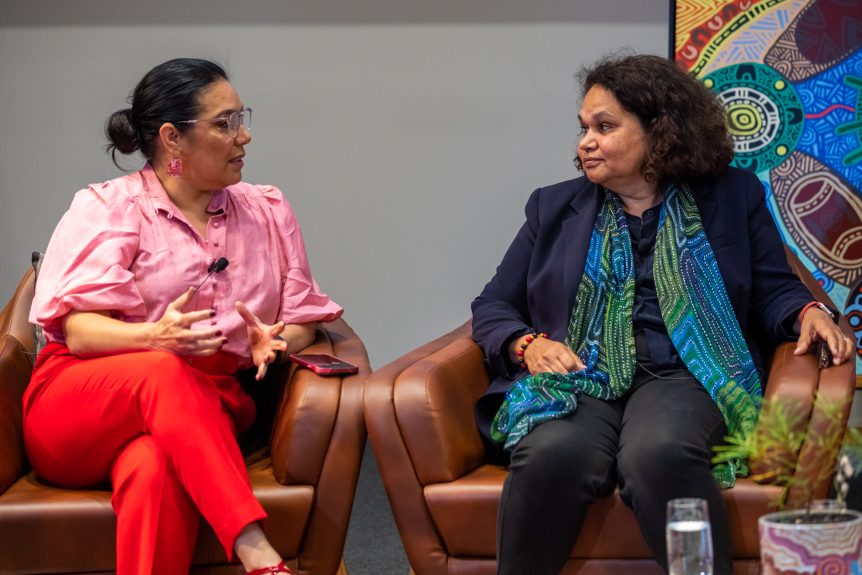 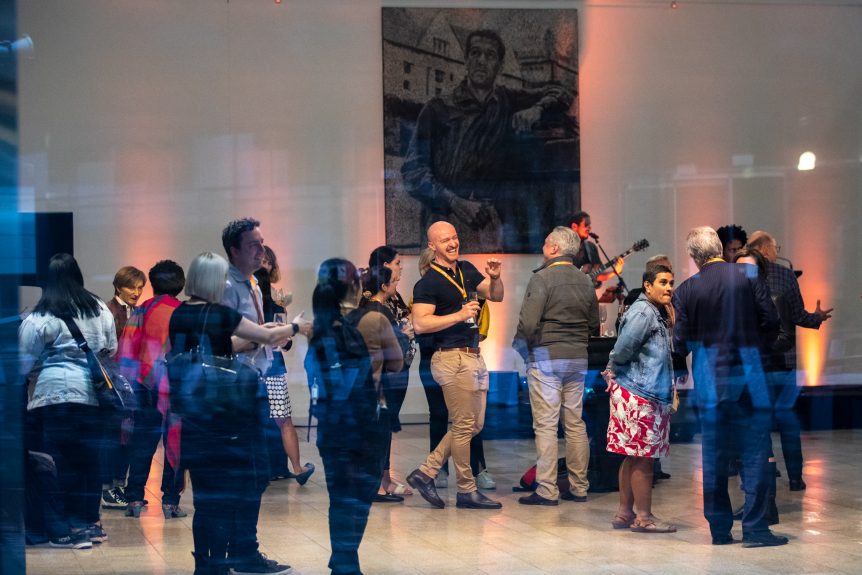 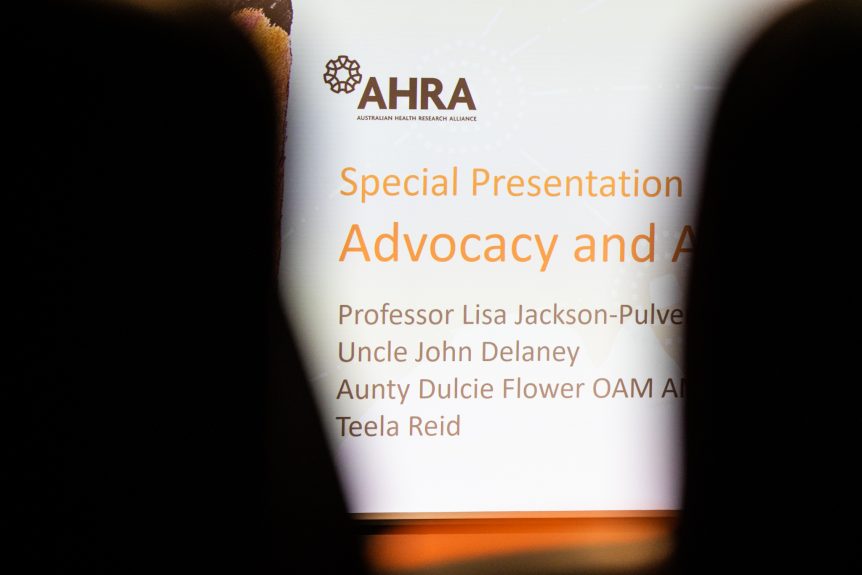 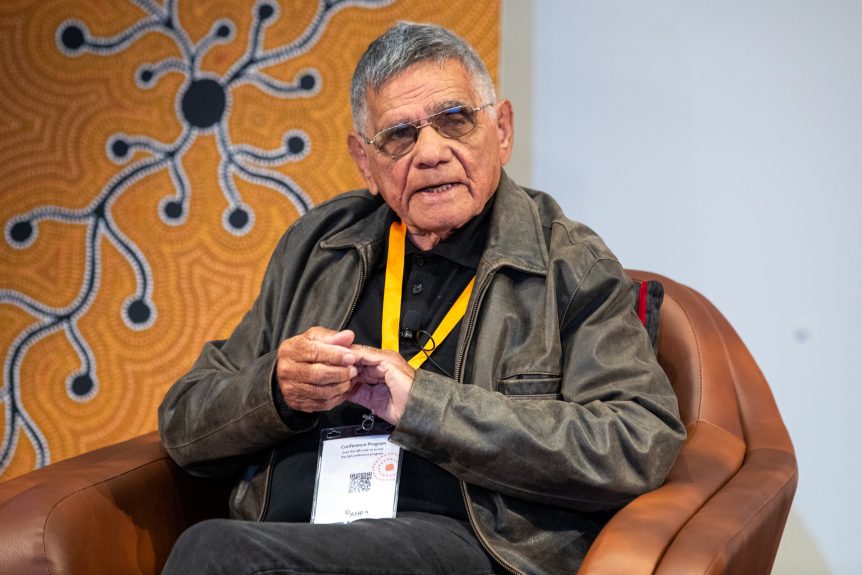 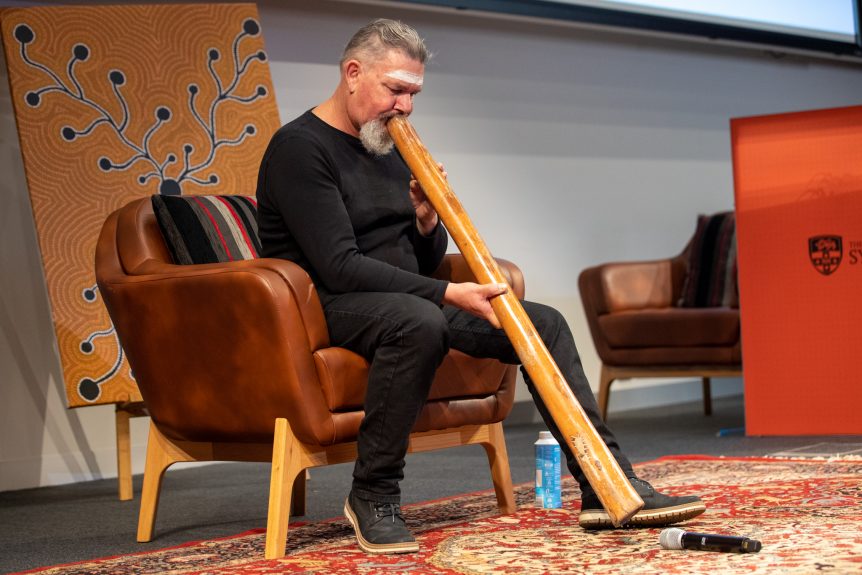 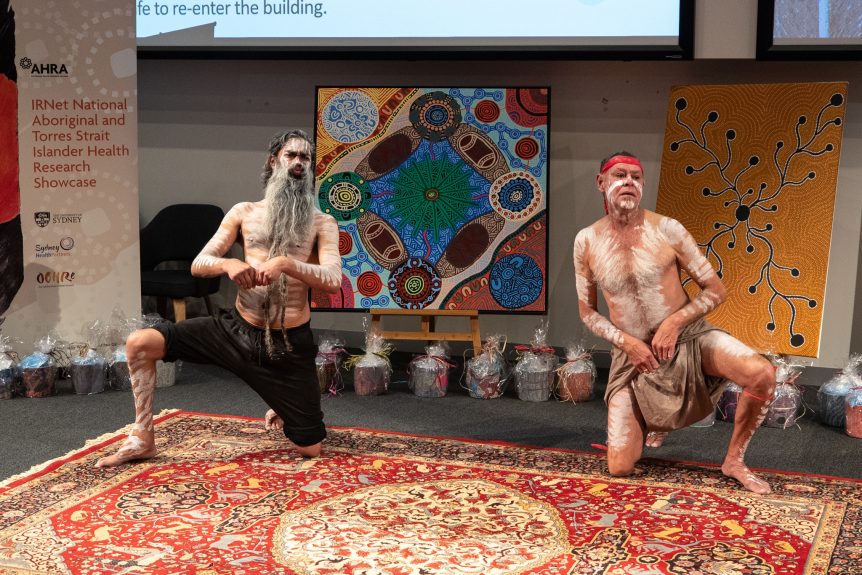 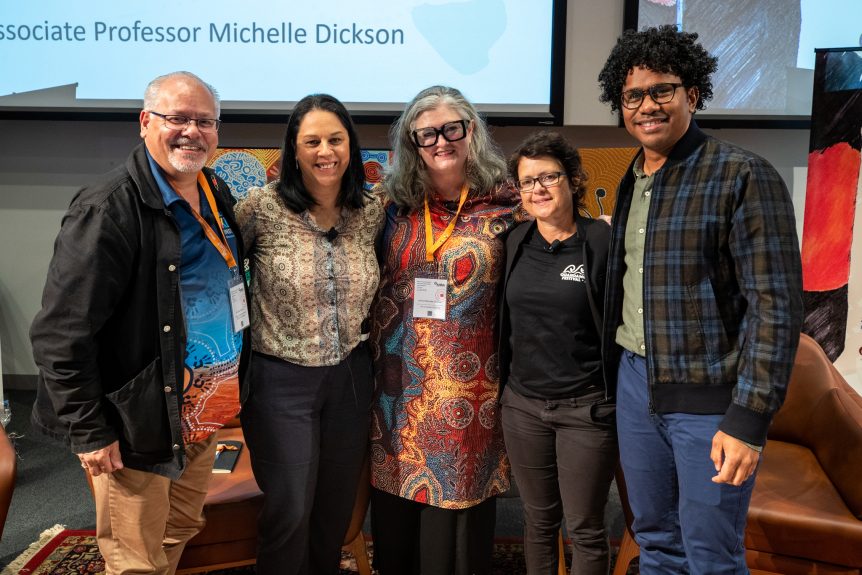 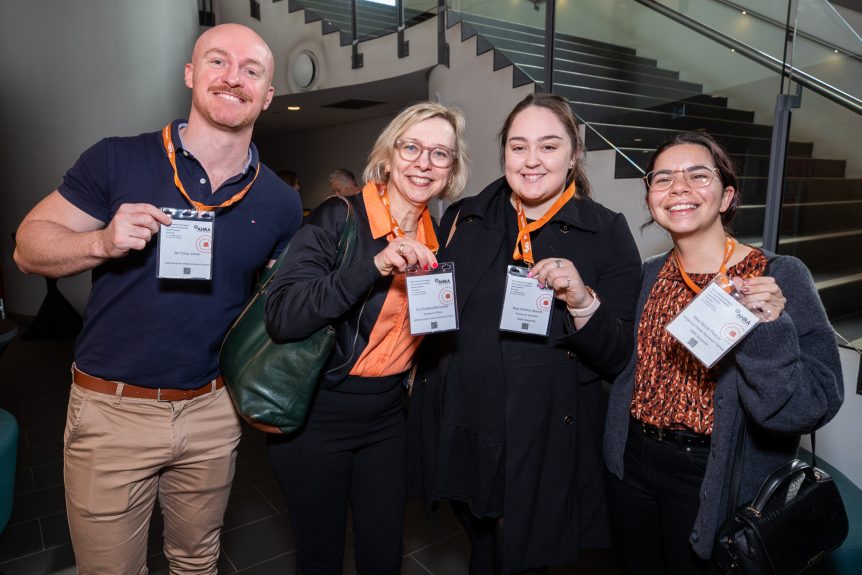 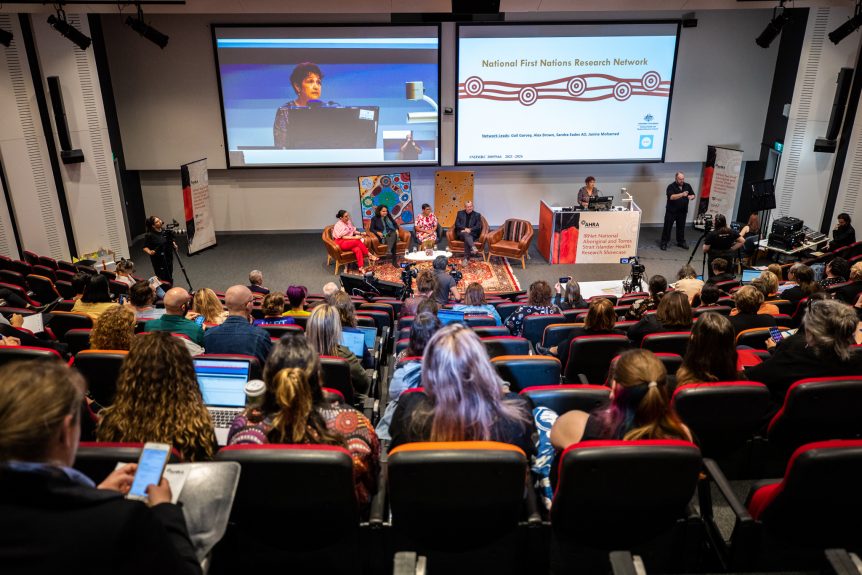 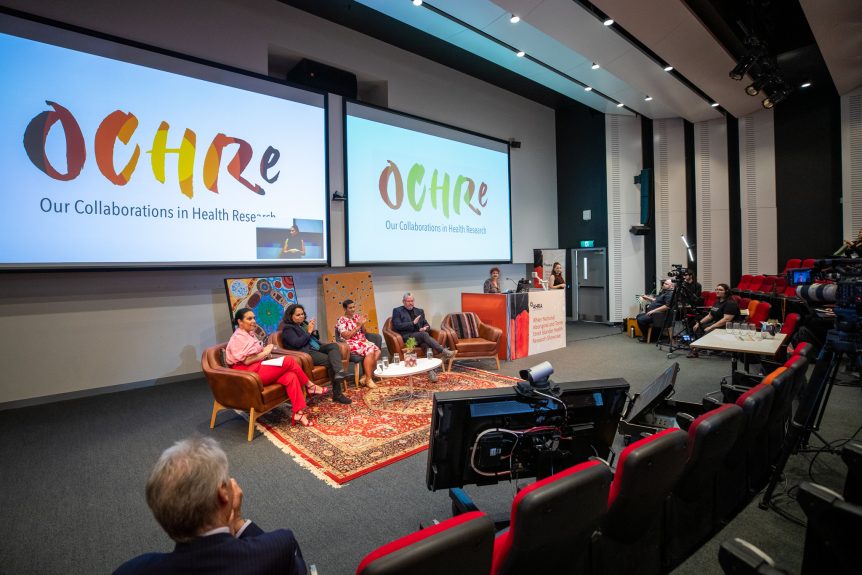 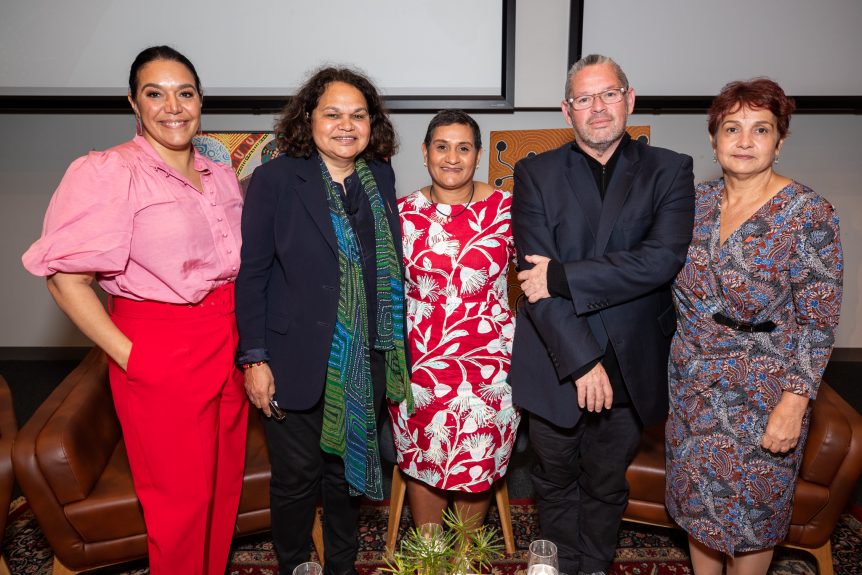 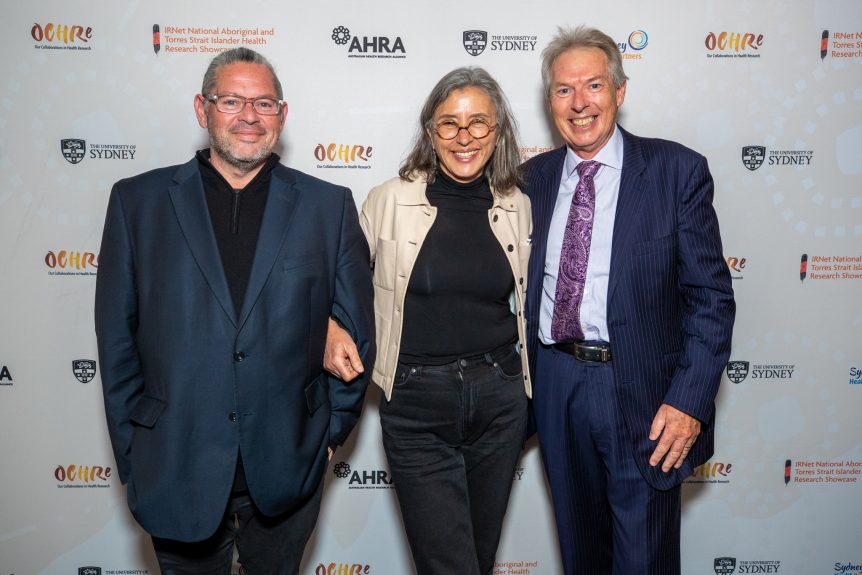 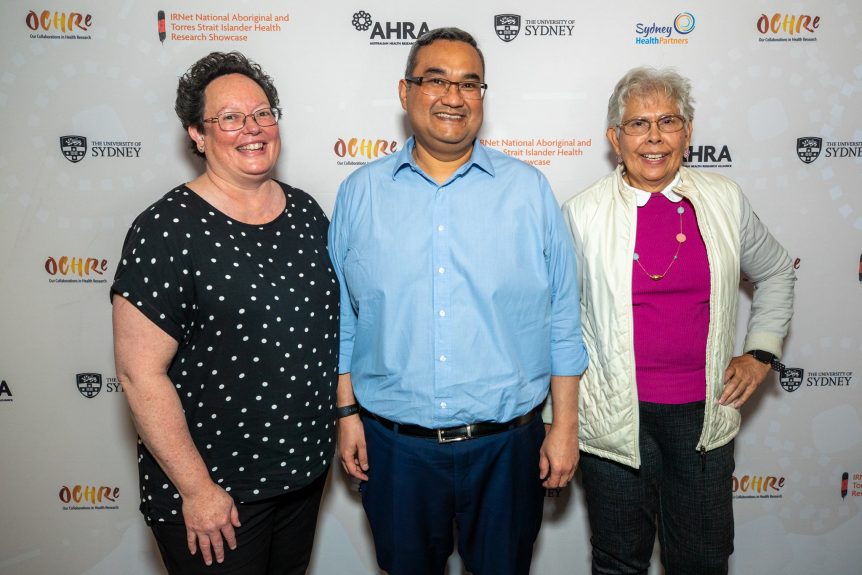 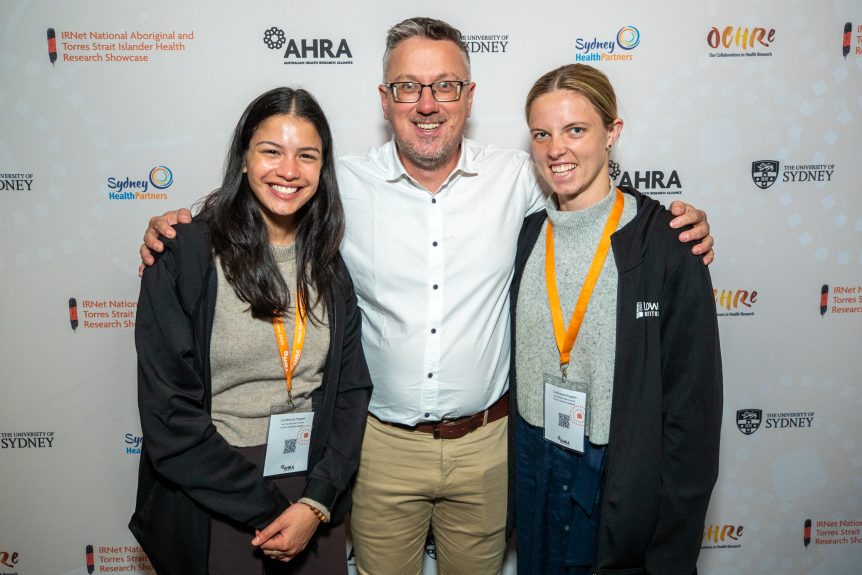 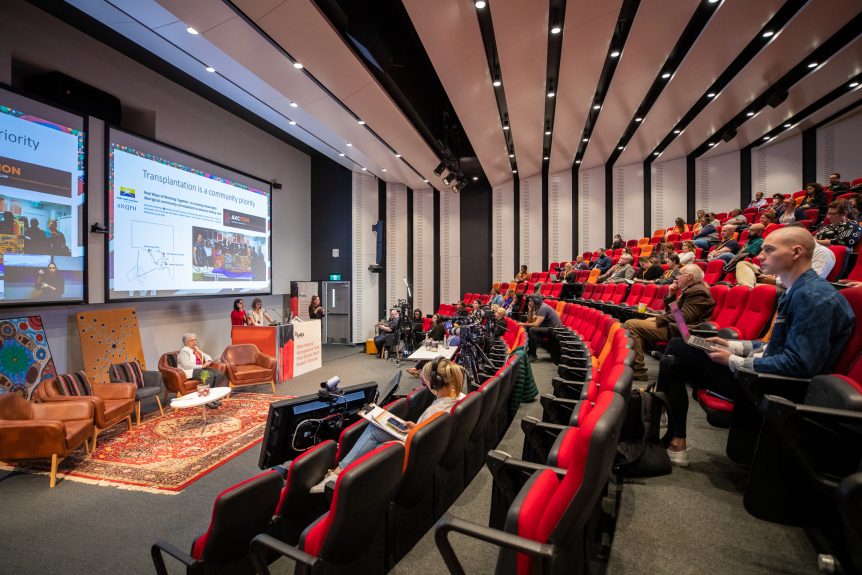 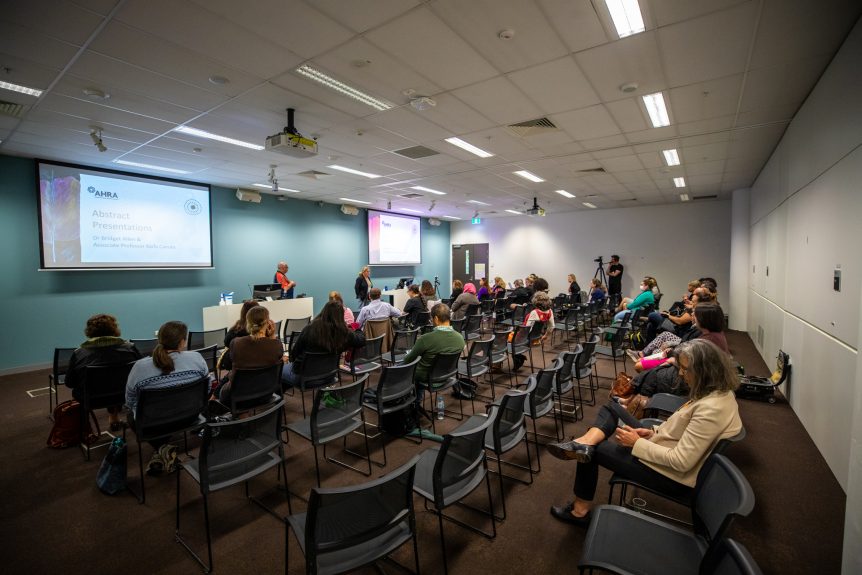 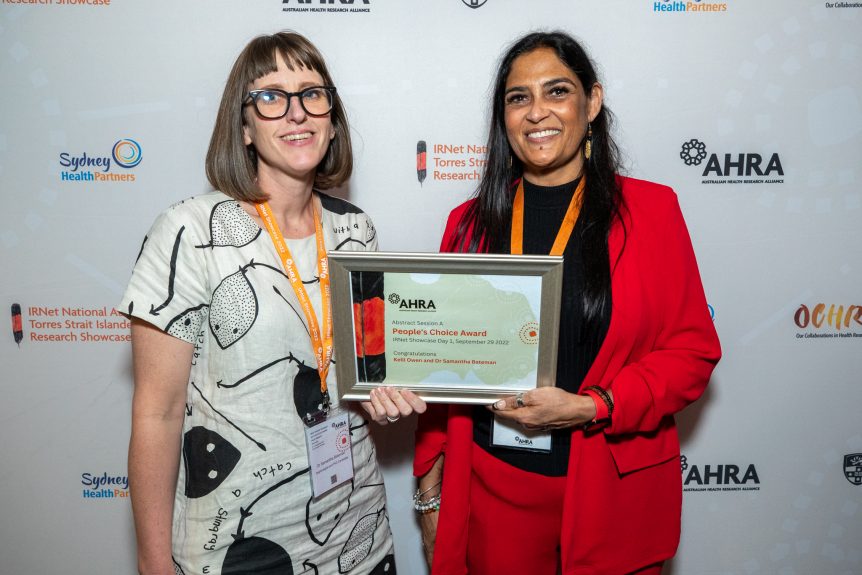 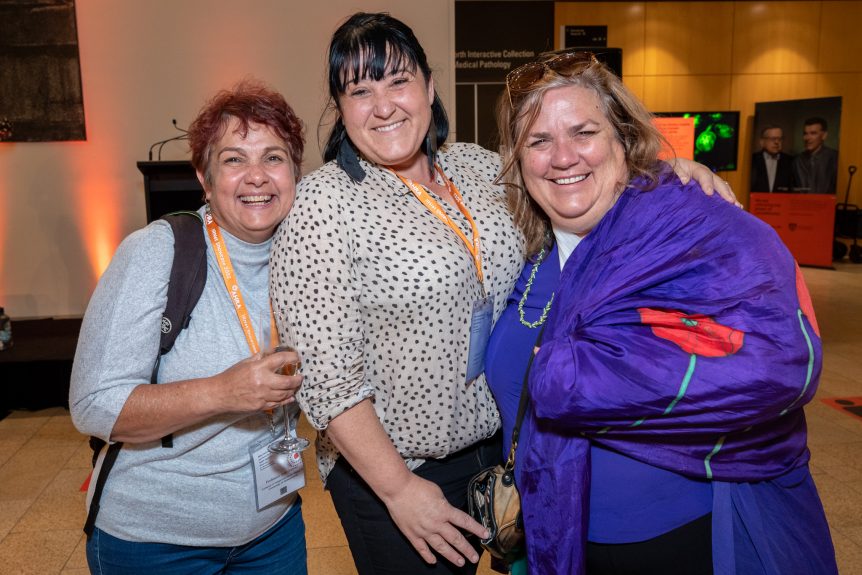 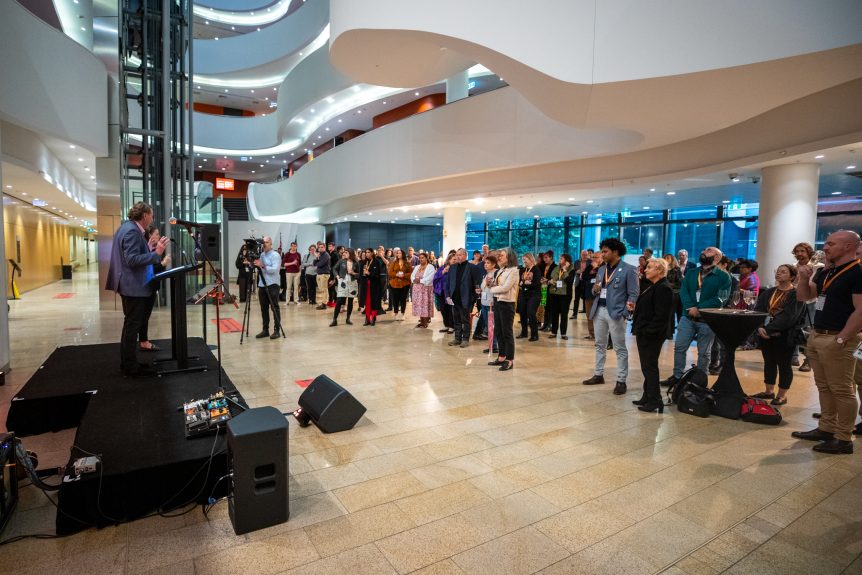 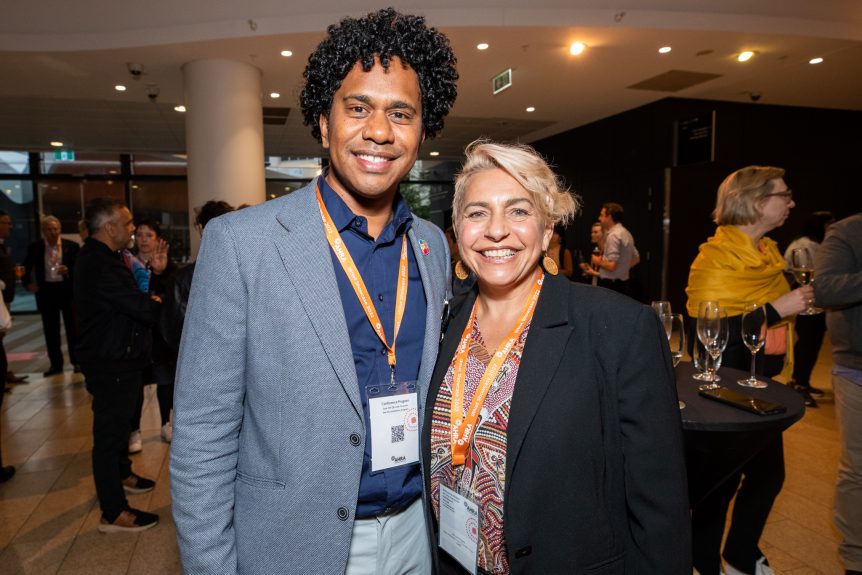 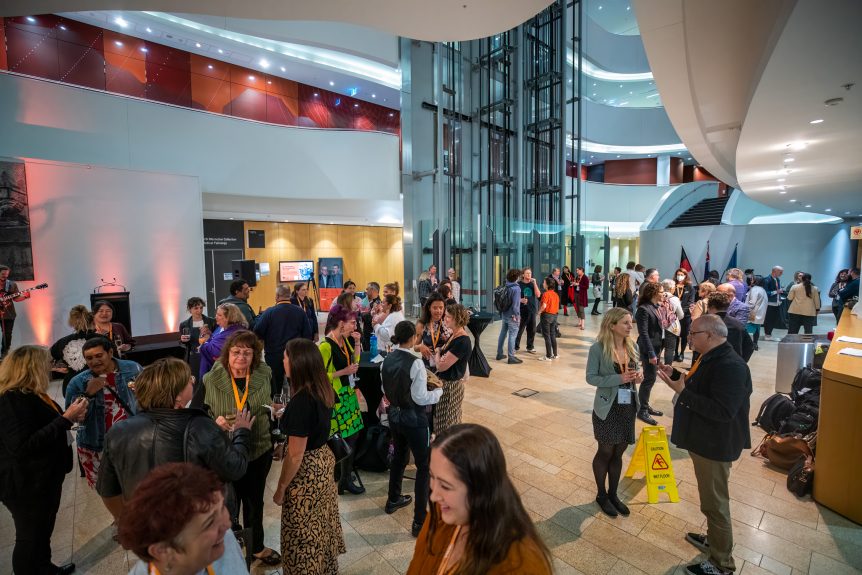 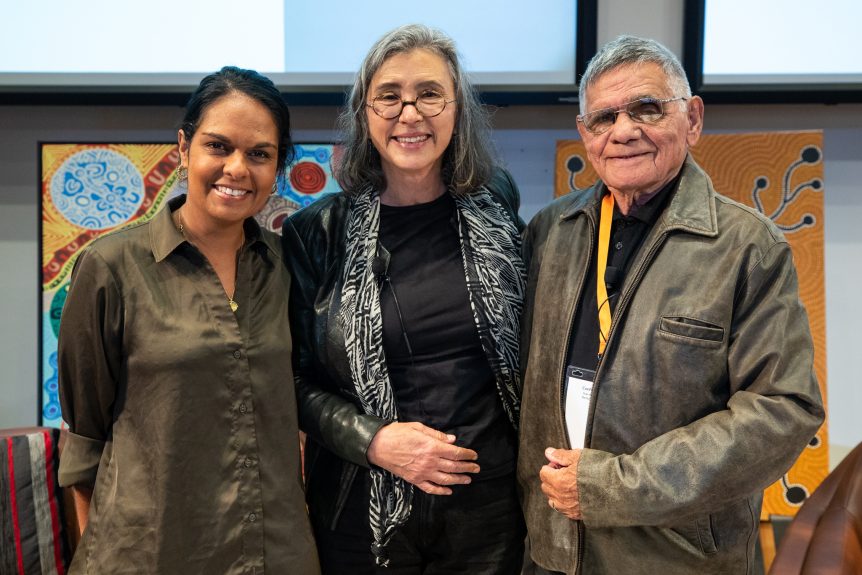 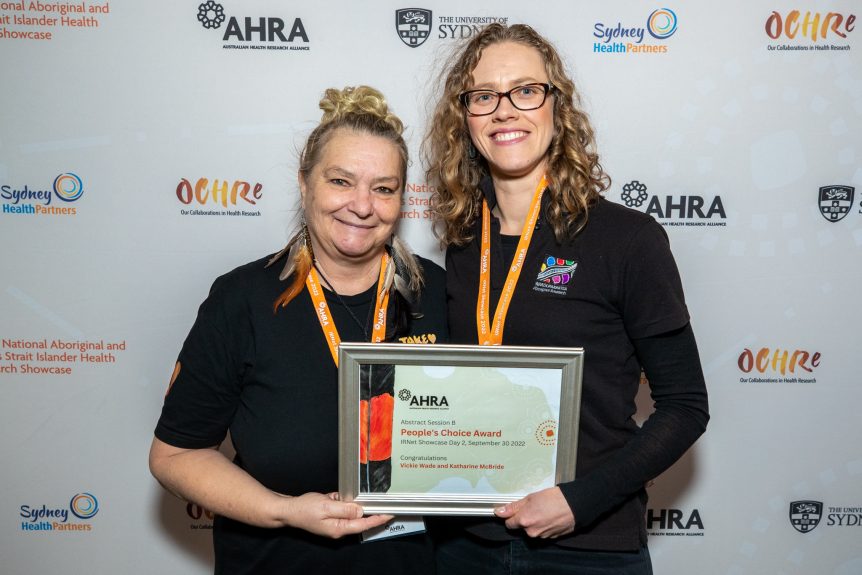 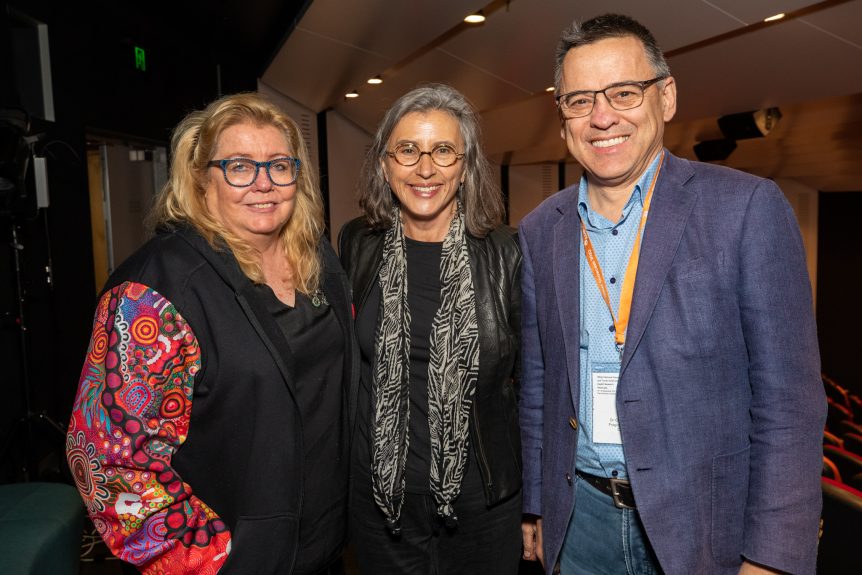